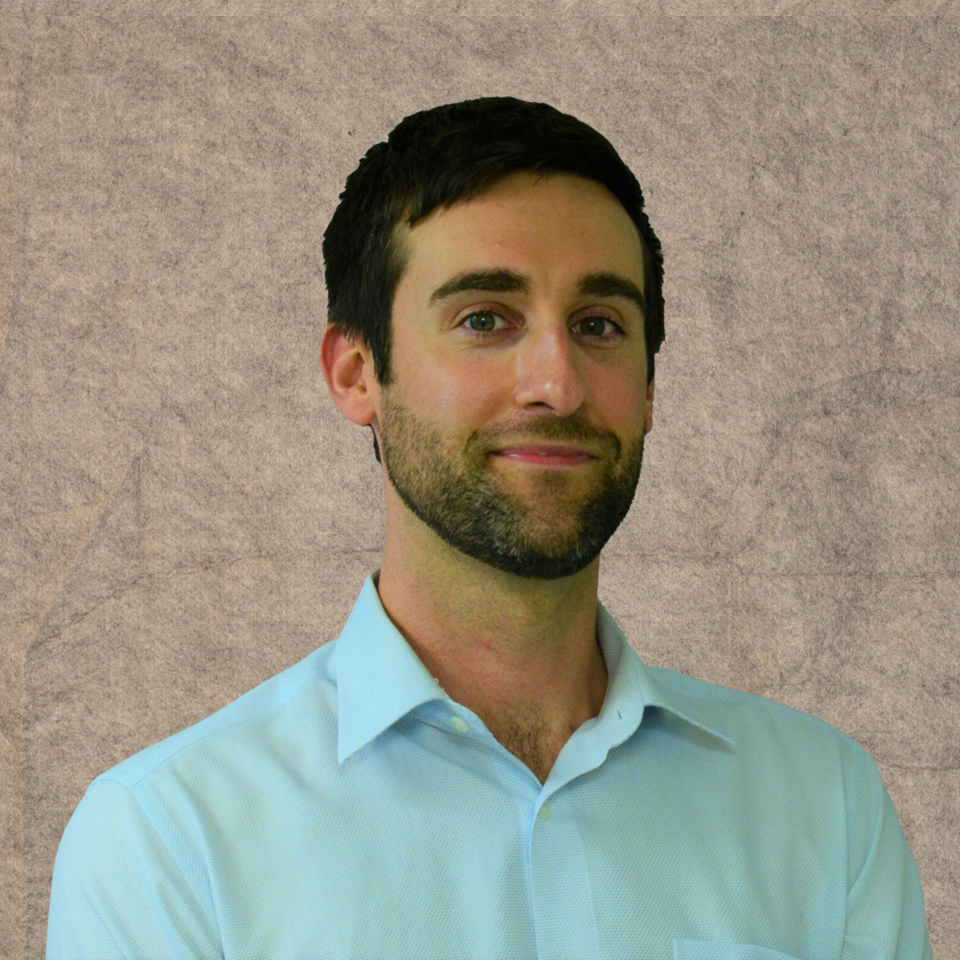 Ben joined TAG in October 2022 as an Associate.  His professional background is in residential design and development.  Ben has participated on design teams for mixed-use high-rises (Solomon Cordwell Buenz), campus plans (Sasaki Associates), and residential landscapes (Withey Price).  Most recently he was in project management and teaching roles for Ascend Seattle, a program for M/WBE contractors to connect and jointly develop residential real estate.  Ben has a B. Arch. from the University of Texas at Austin and a Master of Urban Planning with a certificate in Housing Studies from the University of Washington. 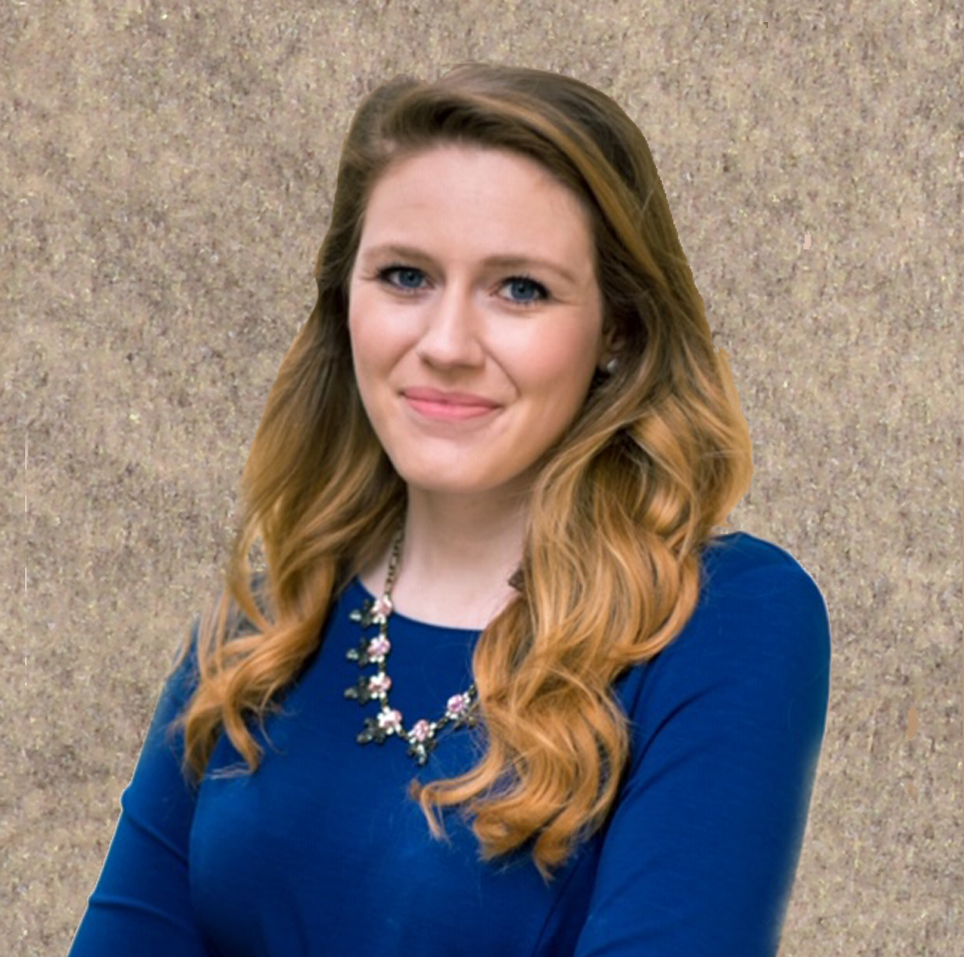 Lauren Smith joined the TAG team in July 2019 as a Research Associate. Her work includes financial analysis. Prior to TAG Associates Lauren was a consultant at the Rhode Island Center for Justice, in Providence Rhode Island, where she worked on public housing cases. Ms. Smith holds a Master’s in Public Affairs from Brown University. 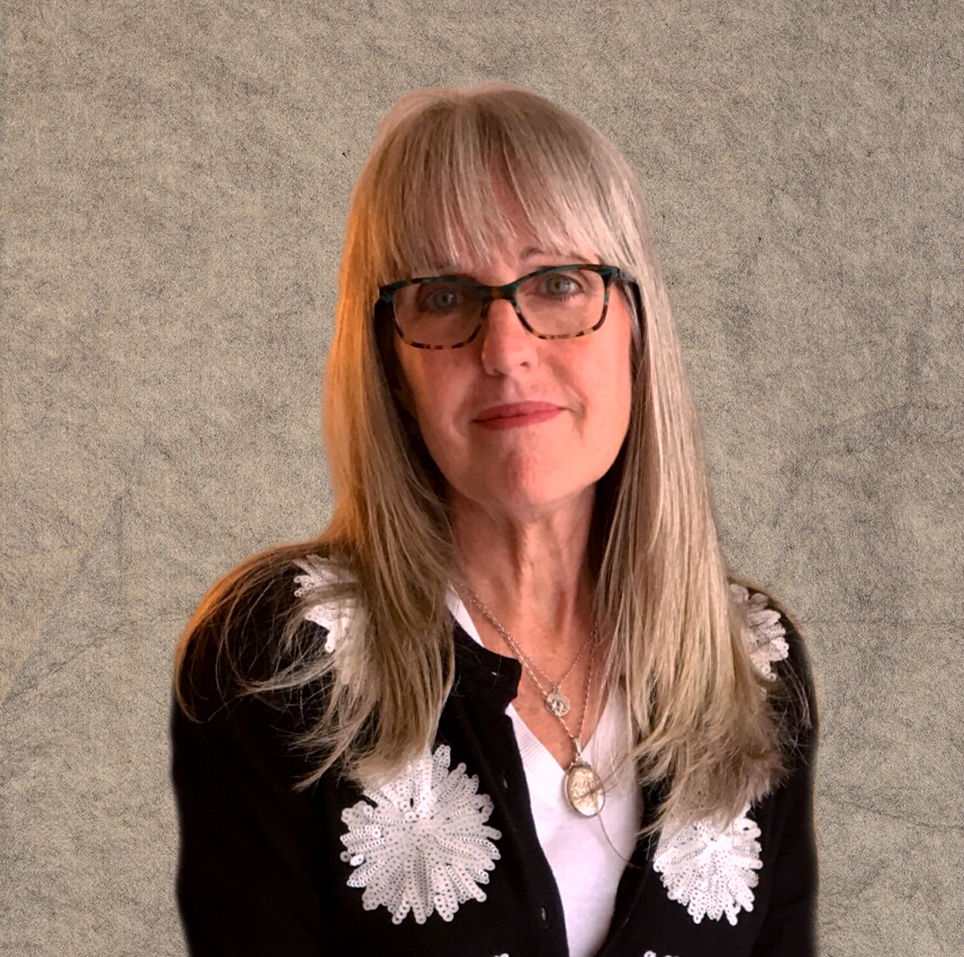 Jane Dixon’s professional focus is with Development, Redevelopment and Rehabilitation of Public Housing and Tax Credit properties. Ms. Dixon has worked for over 20 years in affordable housing in both the public and private sector. As the Low Income Housing Tax Credit (LIHTC) Program Manager for the State of Florida (Florida Housing Finance Corporation), Ms. Dixon provided technical assistance to a wide variety of clients, including attorneys, developers, and other state agencies.

Ms. Dixon’s areas of expertise are the Low Income Housing Tax Credit program (LIHTC), its processes and applications, as well as other affordable housing development and funding applications. She has submitted LIHTC applications in multiple states and she has extensive knowledge of the Florida allocation process. Additional experience includes HUD mixed finance process and federal and state grant management. Jane also provides PHA procurement assessments and assists PHAs in developing procurement policies and procedures as well as assisting with procuring Developers and other services needed for development.

In past funding cycles Ms. Dixon was an integral part of awards and closings for LIHTC projects of which most were HUD mixed finance developments. She provided or assisted with the HUD mixed finance submissions which include accompanying budgets, Subsidy Layering Reviews for Project Based Vouchers and other items such as subsidy calculations, , PELS, subsidy layering analysis reviews for tax credits, operating pro-formas and HUD TDC calculations. She has a good rapport and working relationship with HUD field offices and DC staff. Ms. Dixon has also been responsible for securing Pre Development Loans and submitting HUD Demolition / Disposition Applications. 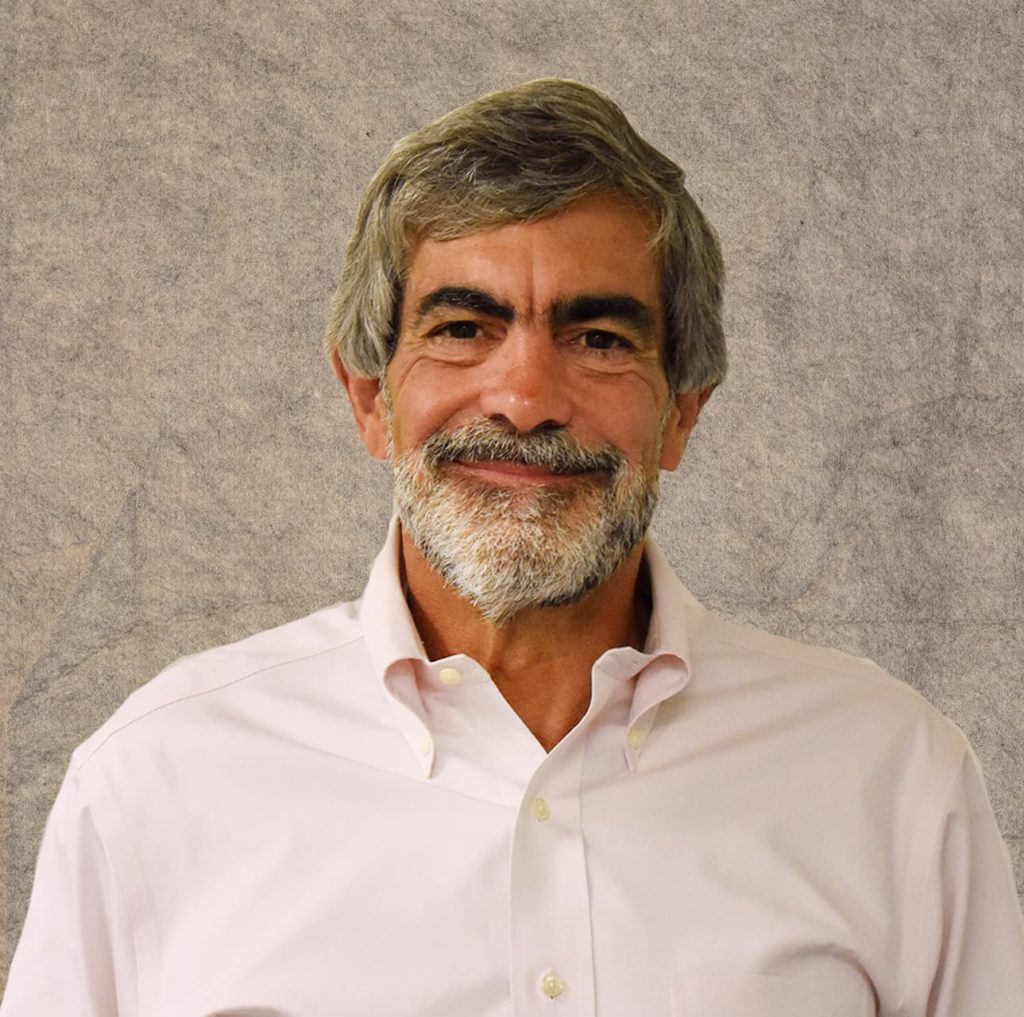 Jeffrey K. Lines has over 40 years of experience in the field of public and assisted housing. He has worked in the administration of public housing at both the state and local levels and at the federal level as the U.S. District Court Receiver for the Housing Authority of Kansas City, Missouri transforming this formally distressed housing agency. He served as the lead technical consultant to the National Commission on Severely Distressed Public Housing coordinating all research, preparation of reports and the development of findings and recommendations presented to the U.S. Congress which served as the foundation for the HOPE VI Program and the mixed finance approach to redeveloping public housing. Mr. Lines served as a Senior Advisor to the Public Housing Operating Cost Study performed by Harvard University, which resulted in the New Operating Fund Rule and Asset Management approach to the operation of public housing. In 2010 he was retained by the Office of the HUD Secretary to convene the first ever conference between senior HUD Officials and residents and advocates representing every HUD assisted housing program to discuss the Obama Administration’s proposals to establish a uniform financial assistance program for all forms of HUD housing referred to as Transforming Rental Assistance which was later used to create the Rental Assistance Demonstration (RAD) Program. Mr. Lines has been involved in all aspects of the Moving To Work Demonstration since its inception and participated in the development of the initial financial models and other authorizations which are widely in use today at a number of large urban Public Housing Agencies. In 2014-2015, TAG was retained by the Massachusetts Chapter of NAHRO to assess methods for improving the operating and cost effectiveness of the state aided public housing program in Massachusetts. This work resulted in a report and a set of recommendations that formed the basis for legislation that was used to create comprehensive financial and operation reforms for the more than 200 housing authorities operating approximately 50,000 state aided public housing units in the Commonwealth of Massachusetts. TAG was an original member of the working group financed by the HAI Group to develop a national accreditation system for public and assisted housing. Mr. Lines holds a Master of Business Administration from Suffolk University as well as a Master of Urban Affairs and B.A. degrees from Boston University. TAG Associates is a firm founded by Mr. Lines to provide needed technical assistance to public and subsidized housing providers and at times public interest organizations. TAG’s services cover all areas of housing operations and development assistance for a client base of public and non-profit organizations. 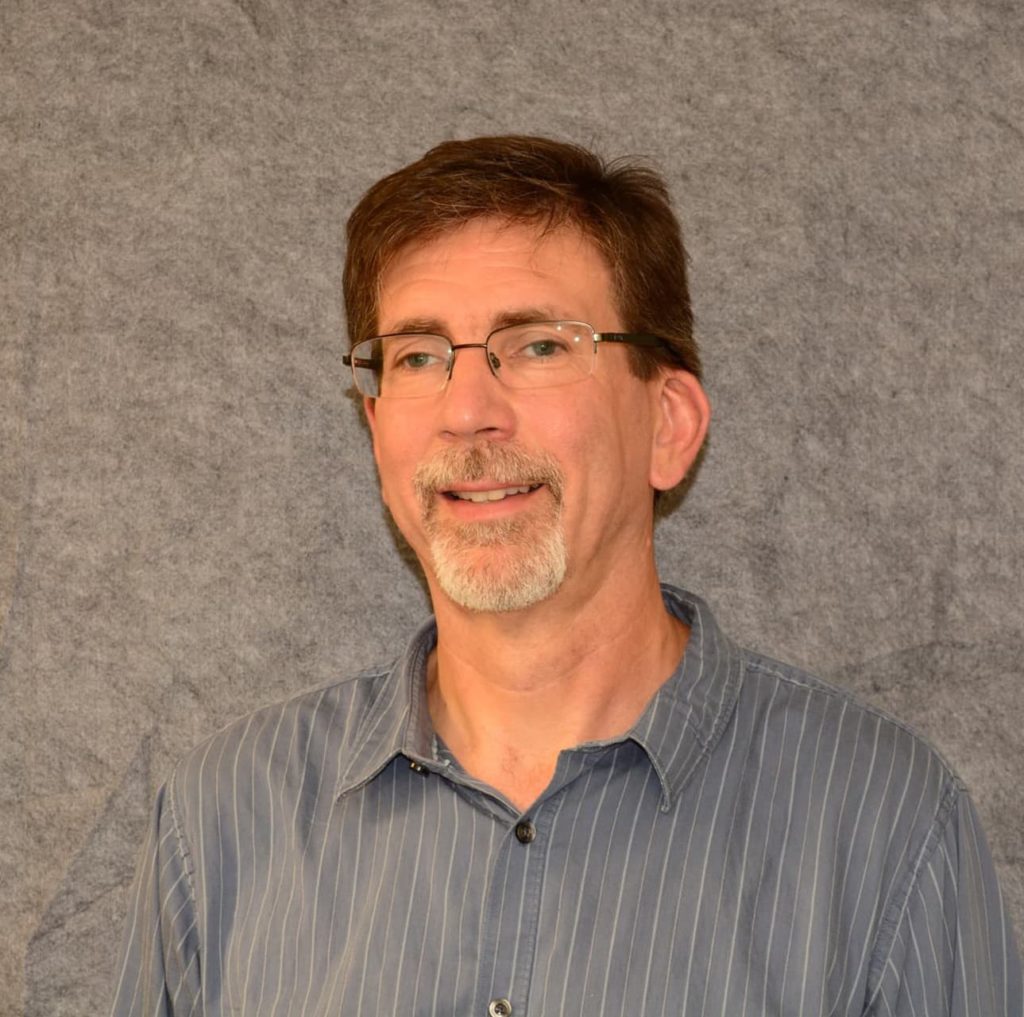 Mr. May also has extensive experience in the area of public housing redevelopment through both the HOPE VI and tax credit programs. He has drafted project budgets and development and operating pro formas for multiple projects, including New Haven, Fresno, Mobile and Broward County and has participated in the submission of successful applications for low income housing tax credits and CFRC competitive applications through HUD. Additionally, Mr. May was selected as a Presenter in a RAD Webinar and possess unparalleled technical expertise in the development of RAD budgets and operating pro formas. Mr. May has developed comprehensive RAD budgets and operating pro formas for numerous RAD applicants and has completed detailed RAD analysis’s for multiple PHA clients. Mr. May has exceptional experience providing professional development related consulting services. This previous experience includes assisting PHAs with numerous FHLB AHP funding applications. 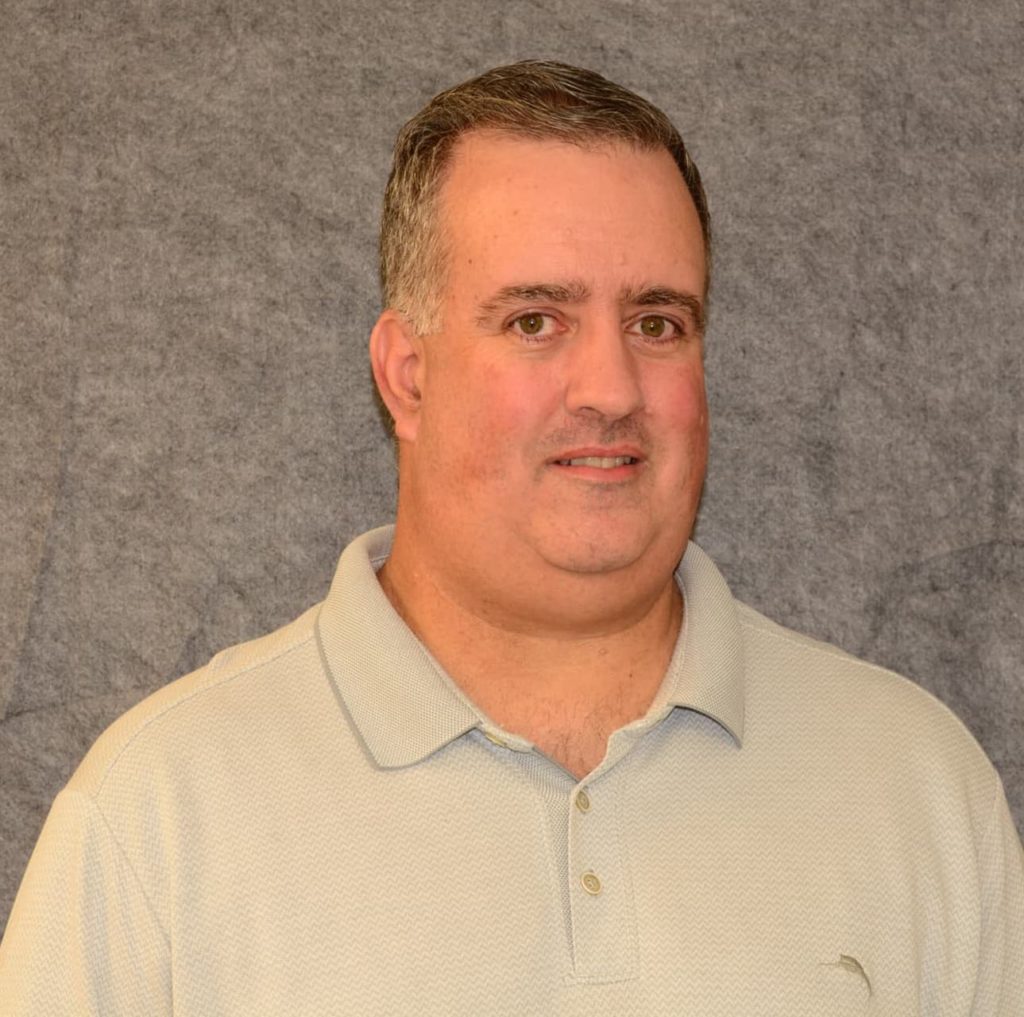 Attorney Paul Galvin is Vice-President/Senior Associate at TAG Associates and has been with the firm for almost seventeen (17) years. Mr. Galvin is actively involved in the areas of mixed finance redevelopment, organizational reviews and risk assessments, PHA affiliates and instrumentalities and grant and funding applications.
Mr. Galvin is the Project Manager for TAG’s provision of program management services to the Housing Authority of the City of New Haven as they undertake several large scale redevelopment projects, both as self-developers through an Authority instrumentality and in partnership with private developers. Projects in New Haven include Eastview Terrace, the Authority’s first self-development project which was a 102 unit combined rehab and new construction project for which financing was obtained for the $45 million first phase, including the drafting by Mr. Galvin of successful applications for 9% low income housing tax credits and Federal Home Loan bank grant funds. Assistance was also provided to meet the due diligence requirements of all regulatory agencies, tax credit investors and funding sources and in the review of evidentiary documents in support of a financial closing. This project was completed and fully occupied in 2009 and converted to permanent financing in 2010. Other New Haven projects currently in process include Wilmot Road, the self-development of a multi-story 47 unit senior building built upon a former commercial site purchased by the Authority that also contains retail and commercial space and which was financed through the use of 9% tax credits and investor equity and construction and permanent financing through a private financial institution. This project is completed and re-occupied.

Mr. Galvin also has direct experience working with the Section 8 program. Mr. Galvin successfully completed a risk assessment of the over 40,000 unit Section 8 Department of the Housing Authority of Los Angeles (HACLA) in 2011, reviewing all divisions and identifying those areas where more stringent internal controls will be required. Other Section 8 work includes the recent review and assessment of operations with recommendations for improvements, as well as the drafting of standard operating procedures and providing of training at the Durham (NC) Housing Authority, the drafting of procedures and an Administrative Plan, as well as oversight for the DHAP program administration, for the Montgomery (AL) Housing Authority, the updating of procedures for the Client Placement Division of the District of Columbia Housing Authority, and providing supporting analysis and documentation for successful litigation with property owners and contractors on behalf of PHAs in Indianapolis and Houston.

Mr. Galvin assisted the Massachusetts Chapter of the National Associate of Housing and Redevelopment Officials (MassNAHRO) in assessing recommendations developed by the Governor’s Commission for Sustainability and Reform which proposed that the Department of Housing and Community Development (DHCD) undertake a series of actions to centralize key management functions of PHAs involved in the management of state aided public housing. He was the primary author of a position paper that proposed a more regional and collaborative effort among PHAs for the delivery of certain housing services, as well as a performance measurement system designed to promote local control and also ensure transparency and accountability in housing management operations. The position paper was utilized as the basis for MassNAHRO’s eventual proposed legislation for which several of the paper’s recommendations were included.
Mr. Galvin is also currently serving in the role as Project Manager for the Receivership of the Housing Authority of Kansas City (MO), working directly for the Receiver and now Special Master in the oversight of all areas of agency operations. He was a member of the Post- Receivership Governance Working Group, participating in the process to establish and train a new Board of Directors and in the drafting of enabling legislation. Mr. Galvin is also actively involved in the development of the annual Receivership Plan and budget that is submitted annually for Court approval. Mr. Galvin participated in the 2011 review and risk assessment of the development affiliate of the Philadelphia Housing Authority and is currently assisting in the implementation of the report’s recommendations. He has also participated in prior management assessments in Houston, San Francisco, Durham and Trenton in the areas of legal, procurement and contracting and Section 8 and in Moving to Work (MTW) risk assessments in both Cambridge (MA) and New Haven. 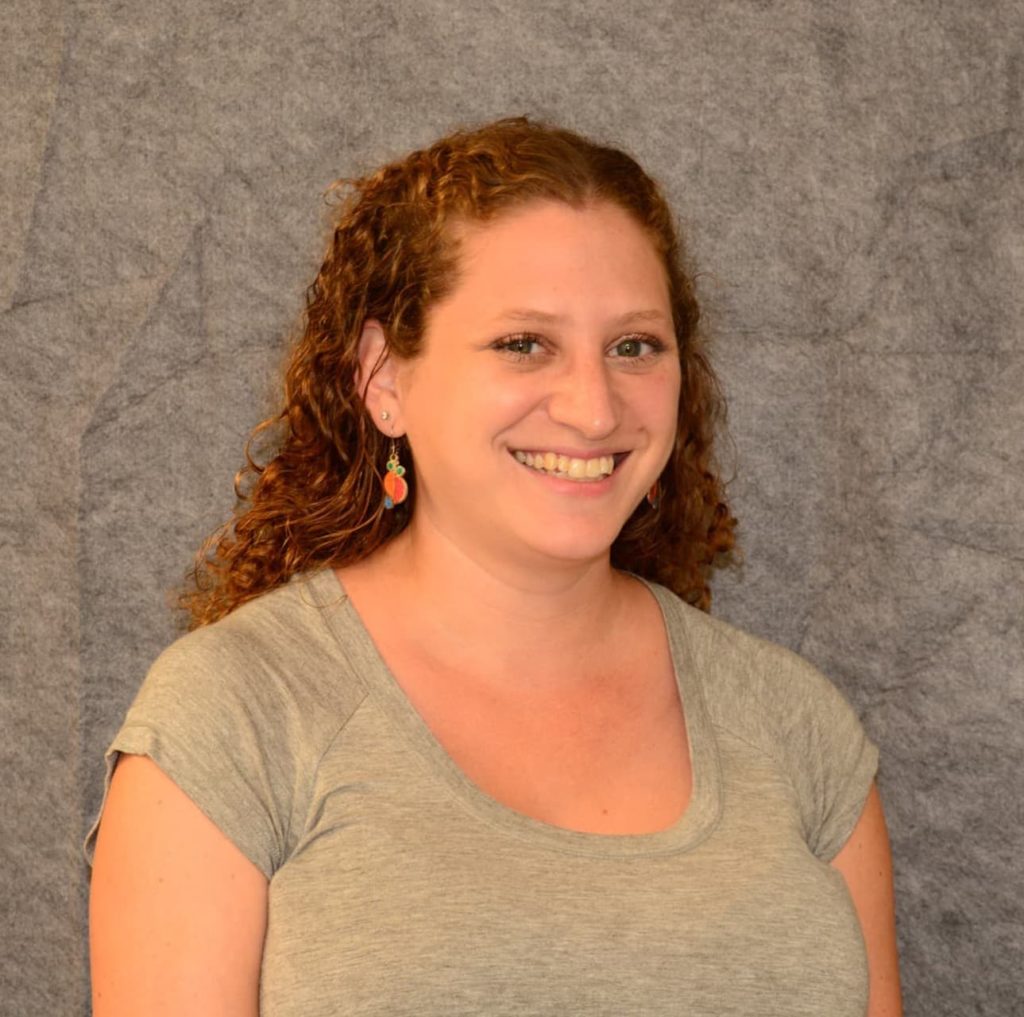 Carolina specializes in project and portfolio-level development strategies. Carolina is currently closely involved in TAG’s work for the Housing Authority of the City of El Paso, providing evidence-based strategic guidance on HACEP’s last phase in a multi-year RAD conversion program, as well as financial feasibility and analysis on several development projects. Carolina is managing the development budget, financing and key project components of the Housing Authority of Baltimore City’s Hollander Ridge project, which consists of acquiring and rehabilitating 100 scattered sites in the City of Baltimore; her work with Baltimore has led to the close out of a decades-long consent decree with the Authority and HUD. She is the point person for the TAG team’s work with the Housing Authority of the City of Pittsburgh and a major self development project and is involved in TAG’s work with the Chicago Housing Authority (which also includes self-development) as well as the Miami-Date County Housing Authority’s comprehensive RAD conversion project and the District of Columbia Housing Authority’s finance and development initiatives. Before joining TAG, Ms. Hollmann worked at a consulting firm assisting local governments and research institutes to obtain and manage European Union grants to research and implement urban innovation projects related to energy efficiency in affordable housing, climate change adaptation, and smart city technologies. Ms. Hollmann has Masters degrees in City Planning and in Real Estate Development, both from MIT.